Many first time gun owners feel overwhelmed by the sheer number of ammunition types and all of the ammunition-related terms that are used.

To help you get more comfortable as you discuss, select, or purchase ammunition, this section introduces some common types of ammunition, as well as, ammunition-related terms.

While there are hundreds of kinds of ammunition, they can be divided down into three main groups.

When shooting a shotgun, shotshells are used.

When shooting a rifle or handgun, cartridges (or rounds) are used. 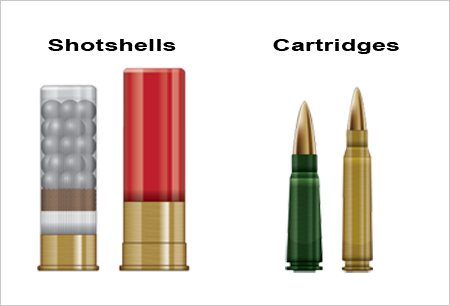 Shotshells can be broken down into three main types: bird shot, buck shot, and slugs.

Bird shot and buck shot are made up of metallic pellets (bird shot is smaller in diameter than buck shot).

A slug is a single, solid metal projectile (usually solid lead or copper). 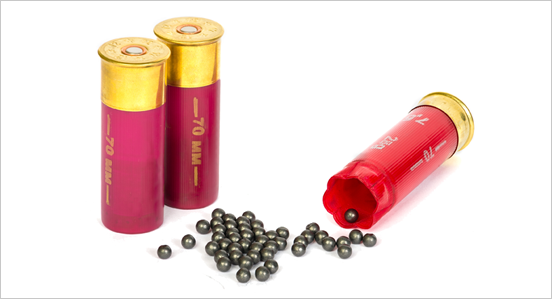 Rifle and handgun ammunition can then be broken down into two main groups:

The difference between these two types of ammunition is where the primer strike occurs on the case. 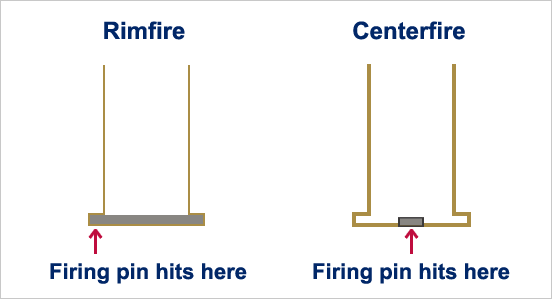 Most firearms have the caliber for rifles and handguns or gauge for shotguns clearly marked on the barrel or side of the receiver. 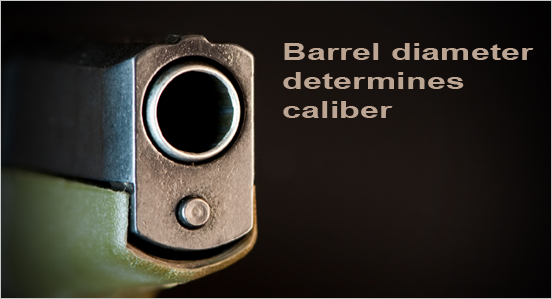 A bullet is the projectile that shoots out of a gun. It is not the entire piece of ammunition that you place into your gun (the entire piece is called a round or cartridge).

The type of gun you shoot(for example, 45ACP, 40SW, 38 Special) determines caliber of ammunition. Once you know the caliber, you need to choose the type of bullet you want to shoot. Knowing what you will use your gun for should help you determine bullet type. 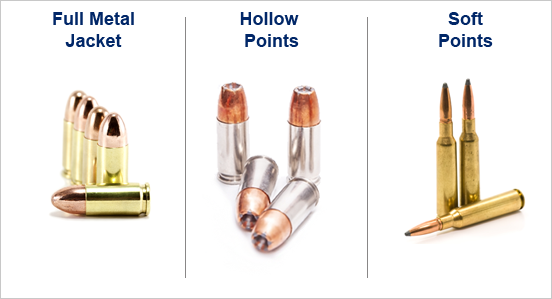 Boat tail is a bullet feature rather than a bullet type. For instance, a full metal jacket bullet can be either traditional or boat tail.

The physics principle behind the design of boat tail ammunition is the same that is applied to a boat - the shape which is tapered at the "tail" or base helps reduce drag. This, in turn, provides more stability in flight and increases accuracy. 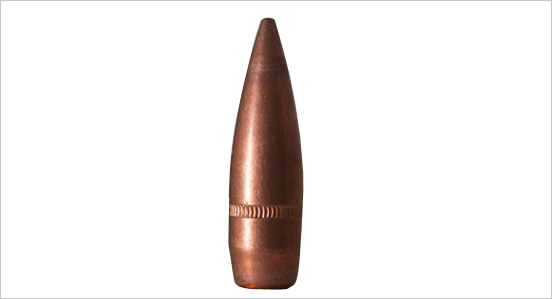